Ralph Becker’s struggle to modernise agriculture in the Philippines

Urban Greens is the brainchild of Luxembourg-born entrepreneur Ralph Becker. The man behind the plan went to university in the UK, Paris and Singapore, before taking on a corporate job with Sony Electronics. During his 10-year tenure working in business and product development, he crossed the world, working everywhere from Berlin to Barcelona, from San Francisco to Tokyo.

Through all this experience, Becker always had in mind that he wanted to do something more impactful. In March, 2016, he quit Sony Mobile and moved to the Philippines, the birthplace of his mother. There was no concrete plan- he just wanted to get involved in something exciting and meaningful, and Manila’s start-up scene beckoned.

The Struggle to Modernise Agriculture in the Philippines

The Philippines, with a lush tropical climate and soil capable of growing a vast array of crops, has a rich agricultural tradition. But pressures on this tradition are growing: outdated food production methods are failing to keep pace with explosive population growth; climate change is impacting the variability of monsoon rainfall and increasing the severity of droughts; rapid industrialisation is shifting employment to the urban centres; and some within the country are worried that agriculture is being left behind.

Cursory online research alludes to a stagnant industry, struggling with such factors as an ageing workforce; lack of effective training and education; dependency on imported fertilisers and seeds that carry high prices; and poorly developed infrastructure including irrigation, transport and processing centres. The sum result is an overall agricultural system that leaves farmers unsupported, underfunded and de-incentivised.

Becker told me: ‘Other countries in Southeast Asia, especially Thailand, Indonesia and Vietnam, have found success modernising their agricultural systems, but the Philippines has lagged behind.’ There is no doubt that this situation hurts society as a whole: fresh produce is more expensive in the Philippines than in the U.S. or Europe, even compared to the relative dollar or euro price.

This Isolated Island Population Imports as much as 50% of its Fresh Food.

The Philippines has an abundance of fresh fruit but most vegetables are shipped in from afar, including the U.S., Europe, New Zealand and China to reach the commercial centre of Manila. The carbon footprint from transport, warehousing and refrigeration is huge, and the associated costs are passed on to the consumer. It is clear that this island nation, like many others across the world, needs to restore a sustainable system of food production based on local needs.  Becker, ever the optimist, looks at these problems and sees opportunities.

Agriculture as a Tool for Urban Transformation

While working in Japan and the U.S., Becker was exposed to hydroponics and the concepts of urban farming. This interest grew into a hobby and he began growing fresh vegetables in his apartment in central Manila, using a custom-built hydroponic system. When he posted his experiments on social media, he noticed there was a lot of interest and friends encouraged him to do it full time.

He started speaking to friends in the Food & Beverage Industry, who told him of their troubles securing high-quality produce throughout the year. He then looked around at Manila’s urban sprawl- it is one of the most densely populated cities in the world- and noticed all the idle space on rooftops and in basements; entire empty buildings seemed to be calling out for utilisation. Becker wondered: what if we could reclaim all those underutilised, un-monetised spaces and turn them into profitable urban farms- a sort of Airbnb of Urban Farming.

Thus Urban Greens was founded in October 2016 with the mission of revolutionising the Philippines’ food production mentality. They design closed-environment growing systems that are modular and scalable, adapting to the space required. All systems are run with IoT sensor technology, allowing the team to remotely monitor crop growth within each setup, providing maintenance and service only when necessary. They have so far built several growing systems in private buildings including schools and the national science museum; at the time of writing, projects with several major hotel chains in Manila are lined up. They are also in partnership with property developers working on large-scale projects that integrate AgriTech food production from the start. 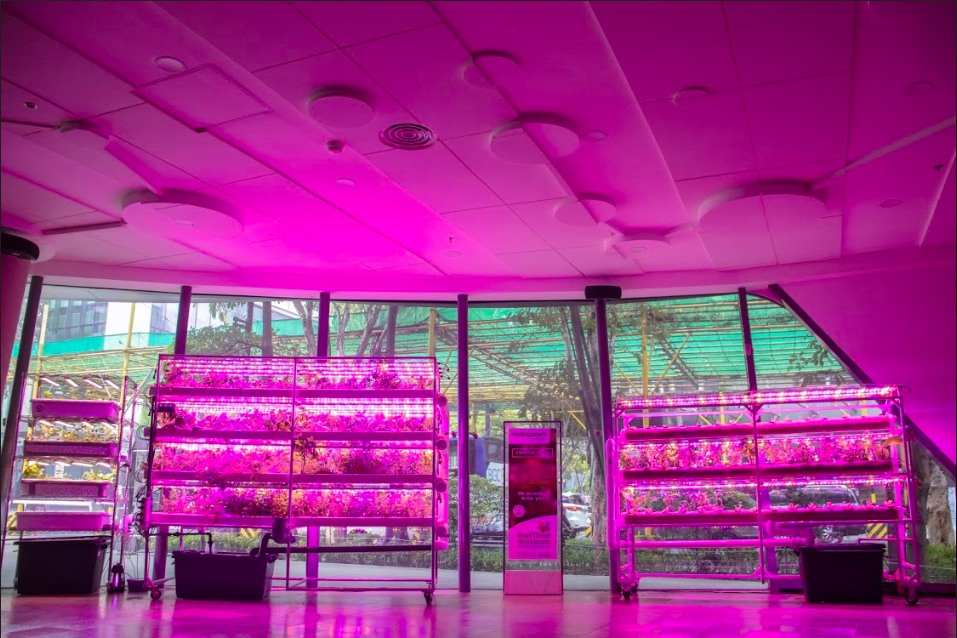 Outside of Manila, the opportunities are endless. Many of the Philippines’ islands have resorts and hotels that struggle to source their food; produce usually calls in at Manila first, before being shipped to these remote destinations, adding yet another link in the transport chain. Ralph sees the Urban Greens model of modular, scalable systems as being the perfect island-based food production system. Resorts could ideally cut out the middle men by growing a proportion of their food onsite, thus commanding a higher price premium because of the quality and freshness. But before every resort in the Philippines is equipped with its own vertical farm, a systemic change is needed, starting with the way people think about the entire concept of food.

A Culture in Transition

The Filipino diet is traditionally meat-centric, with lower rates of fruit and vegetable consumption than other countries in the region. Partly due to its heritage of American influence, the Philippines have the highest number of fast food chains per square mile in the region; accordingly, it also suffers from high rates of childhood obesity and type-2 diabetes.

But young Filipinos are socially aware and active- they absorb everything on social media, including the current trend of vegan/vegetarianism and healthier lifestyles. As Ralph puts it: ‘there was no questioning before; now the younger generation is questioning everything.’ There is growing demand for fresher food from this younger demographic, but where will this fresh produce come from?

Becker believes that the answer lies in unlocking the potential of urban farming. He and his team are slowly but surely introducing the concepts of cleaner, fresher greens grown locally, with the use of hydroponics. He runs a series of workshops, seminars and programmes to introduce these concepts and get people growing on a small scale in their own homes. 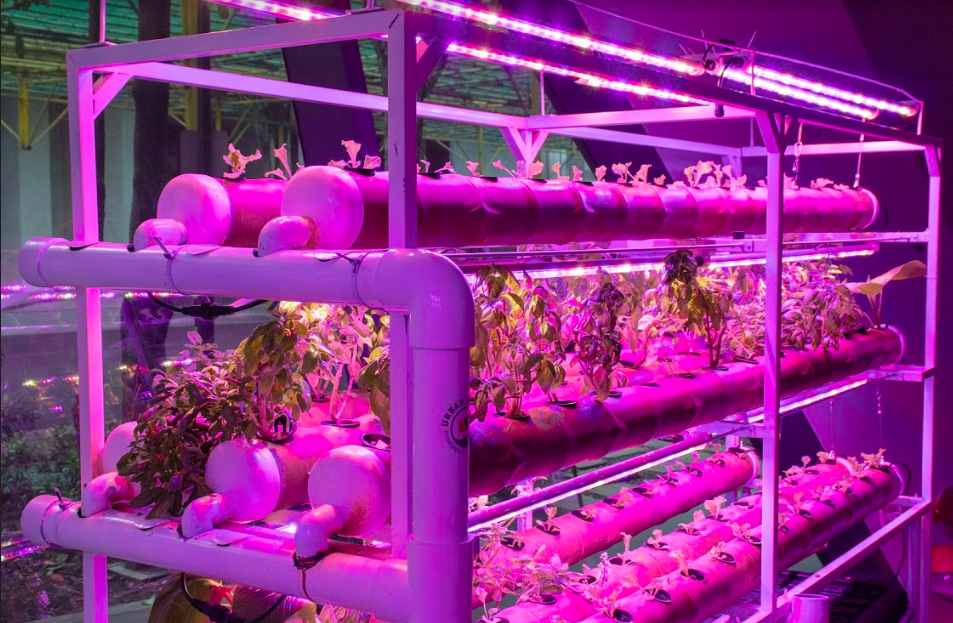 What’s next for Urban Greens?

These are still early days for Urban Greens, as they look to turn their start-up vitality into the bedrock concept for a modern, Filipino agriculture. As they validate this business model, they are actively seeking partnerships and investment to realise their dream.

Support Urban Greens by following them on Facebook: @EatUrbanGreens 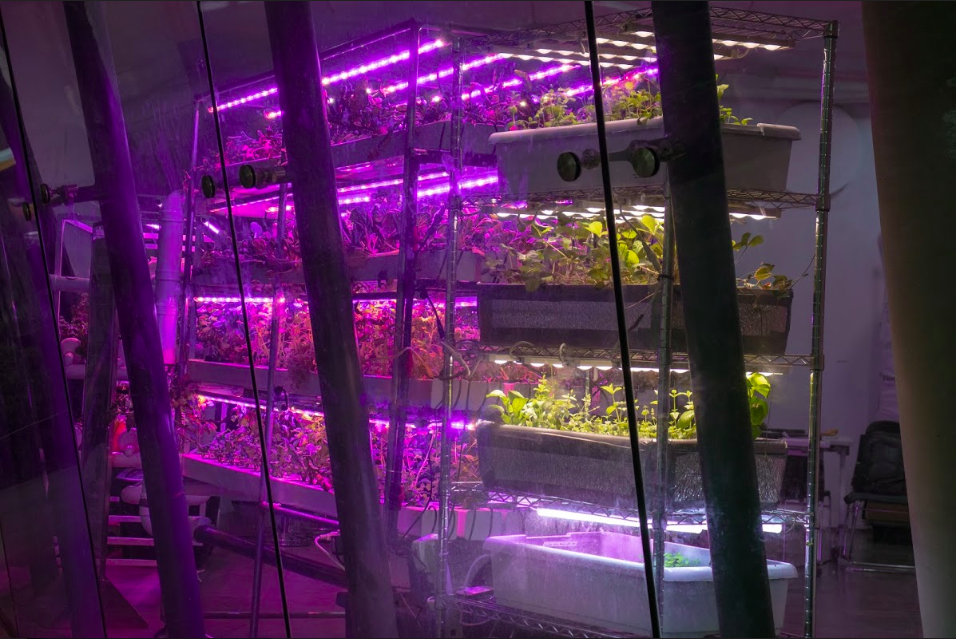 The road ahead for vertical farming