While Governments Fail to Deliver, Cities Lead in the Mission to Address the Climate Crisis

Words by Ramin Ebrahimnejad, AVF Head of Education and Science

There were just a couple of days between the UN summit on climate change and the C40 World Mayors Summit but the disparity in the promises and visions was immense! The third C40 Summit was held in Copenhagen this year with lots of different side events and AVF was present as the organizer of “The Role of Urban Food Systems in a Changing Climate” workshop. 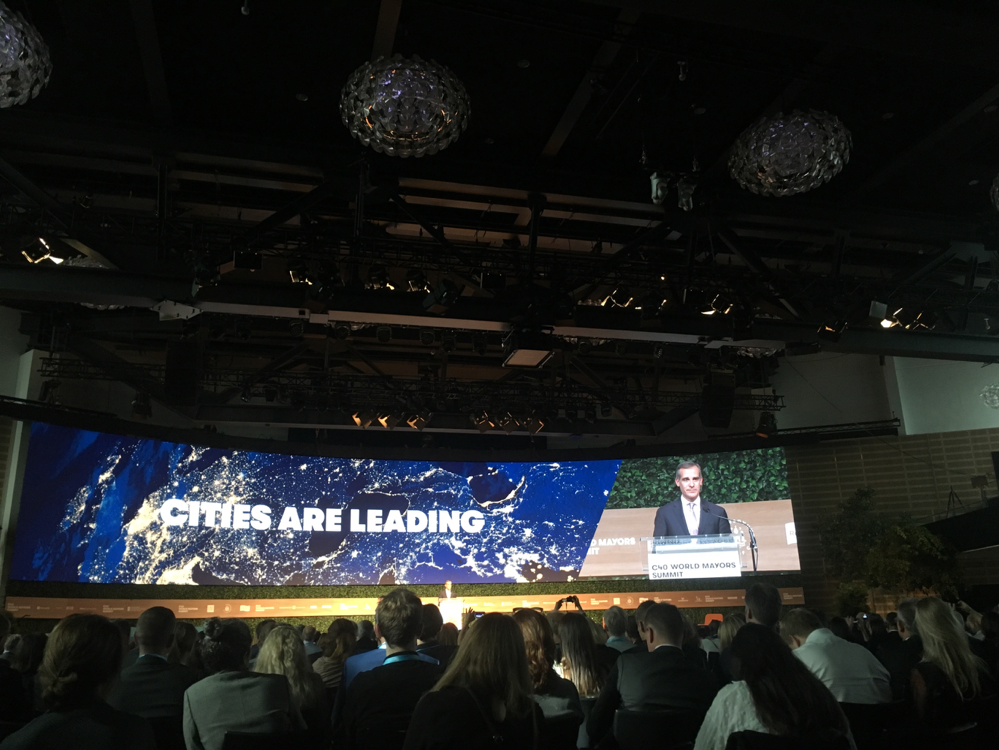 The Future We Want at C40 World Mayors Summit

The main mantra of the summit was “the Future We Want” and featured an esteemed group of speakers like: Al Gore, Michael Bloomberg, António Guterres and Alexandria Ocasio Cortez. C40 already has put out policies revolving around zero-emission mass transit, buildings and waste prevention by 70% before 2030 that many major cities have adopted. Moreover, during this year’s summit, plans on air quality and food were also introduced. Mark Watts the executive director of C40 believes these are not just policy proposals- there are signs for businesses to shift towards more sustainable business models; in his speech he also emphasized the importance of consumption of goods and food produced elsewhere coming to the urban areas in calculating a city’s footprint. 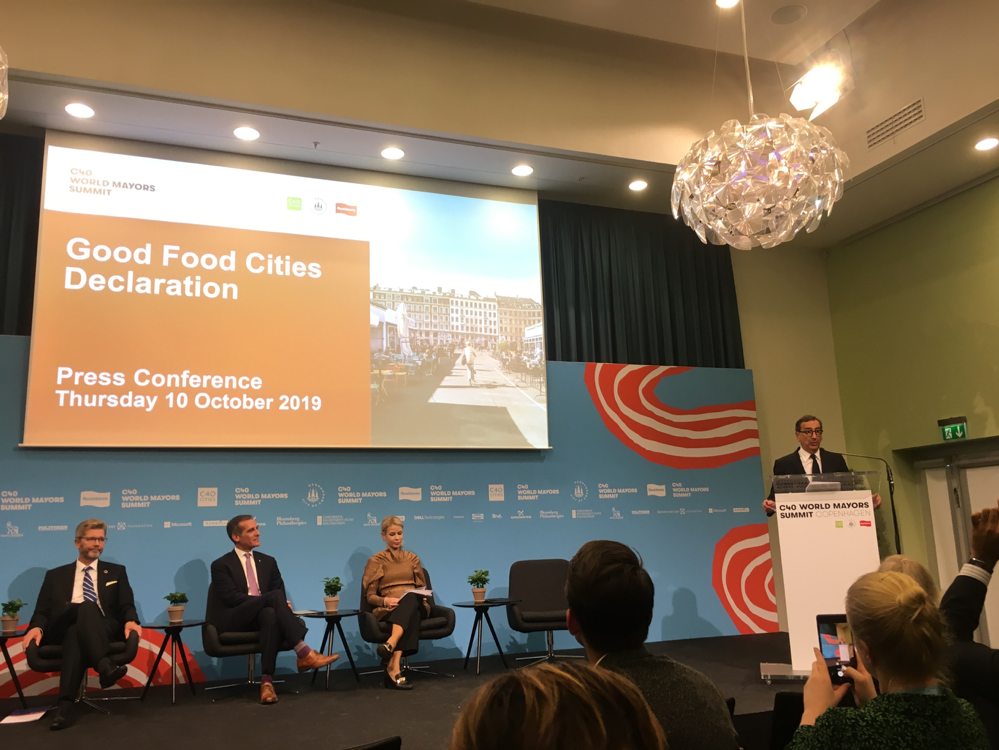 During the press conference for the ‘good food cities declaration,’ the incoming chair of C40 Eric Garcetti, mayor of Los Angeles, acknowledged that food sustainability was overlooked in most policies and plans and promised this would not be the case in C40.

Under the C40 Good Food Cities Declaration, cities commit to, by 2030:

In the closing day of the summit, Alexandria Ocasio-Cortez, U.S. Representative for New York’s 14th Congressional District, gave a heartfelt keynote speech and said “I am inspired by this coalition and the commitments made for a global Green New Deal. If we work to join forces globally, we will be able to defeat our greatest threat and realize our greatest opportunity.”

Some of the principles of the global green new deal are:

On the second day of the summit, the AVF workshop on Urban Food Systems was held with talks from Kim Rahbek Hansen from Danish FOOD Organization, Philippe Schuler from Too Good to Go app, and Marvin Spence and Ramin Ebrahimnejad from AVF. Different aspects of food systems were discussed. After the talks, we asked our audience to divide into five groups and talk about the roles of businesses, politicians and consumers in fixing our broken food systems.

Here are some of the working groups suggestions:

Thanks to our speakers and participants who helped to make our session a success and also to C40, the Live Like Tomorrow team and the Municipality of Copenhagen.

Please reach out to us if you would like to share your ideas or collaborate on instigating change in our urban food systems. You can reach me at re@vertical-farming.net

Ono Exponential Farming Expands to the Americas with Cultivatd