South America’s first vertical farm: the idea is to prove a concept

When it comes to vertical farming, what are the economics? Is there a market? What is the price premium? Can we prove that the technology actually does what it says? And how do you answer all these questions in a region that has no industry to speak of? These are the questions that AgroUrbana CCO Pablo Bunster ponders as his company plans to launch South America’s first indoor, vertical farm. He knows that all eyes are on them as the region’s first movers in the vertical farming industry. But then, the AgroUrbana team is used to that: they have a history of working in early-development.

A team with backgrounds in renewables

Pablo’s co-founder, Cristian Sjögren, comes from the renewable energy sector where he worked for seven years, founding a start-up called Solar Chile and working on other solar projects on the commercial-utility scale. After graduate studies in the USA, Pablo also moved through the renewable energy sector, working as a project developer and doing corporate relations work for VESTAS Wind Systems.

As Chile’s renewables market grew, a familiar pattern took over: big players came in, (Cristian sold his start-up to First Solar), production ramped up, costs fell. As Pablo tells it: “Time to move if you like early-stage development.” Around this time, Cristian went to San Francisco for a 3-month sabbatical and discovered vertical farming.

Innovators by nature, Pablo and Cristian saw an opportunity to be first movers in Chile. Six months of market research left them with some encouraging findings: Chile’s traditional greenhouse-hydroponic industry has quite a market, but the product is not premium level. Among other problems, the industry also pays poorly, and there is little to no traceability of inputs.

They knew that vertically-farmed produce could outperform the traditional hydroponic offering. But the biggest if in the industry is always energy use- where would AgroUrbana’s energy come from? How could they make it cost-effective? Again, Chile happens to be the perfect place to address this problem: with a robust renewables market (that they helped put in place), the sustainability of their energy input would become a key part of their value proposition.

The mindset of a developer

But how did AgroUrbana acquire the expertise to build and operate a vertical farm? Pablo credits the mindset of the developer: “we see an opportunity, jump in and learn on the way. A lot of people have asked what are you doing in farming? Stick to renewables. But I believe it is always fascinating to jump into something new.”

After thorough market research, they spent March-September of last year securing $600,000 in initial funding to build their first farm. While they considered container farms, they knew that scale was going to be an important part of making this work. They decided to go the route of building a dedicated, scalable production facility.

At the time of speaking, AgroUrbana was in the final stages of construction of a 300m2 facility, preparing for commercial production in the following weeks. This first farm is, in Pablo’s words, “a large-scale pilot.” The idea is to answer all those questions, thereby proving the concept, economics, technology and market; once proven, they want their next facility to be up to 10 times bigger.

AgroUrbana is agnostic when it comes to selecting technologies for their farm. They want the tech that works best and this 300m2 facility allows them to trial multiple technologies in search of the best combination. After signing agreements with tech suppliers abroad, they visited these companies and spent days in their facilities learning the engineering required to operate a plant factory.

They need their technology to do one thing well: to control the climate so that they can, “give our plants the perfect day of spring every day of the year. That steady flow of perfect produce every day of the year. We have the best greens in the city.” In order to do this, they are using as much automatisation as possible, controlling for light, water quality, relative humidity, temperature, nutrients and CO2. But the big win that will prove their concept from a global perspective will be the renewable-energy integration. 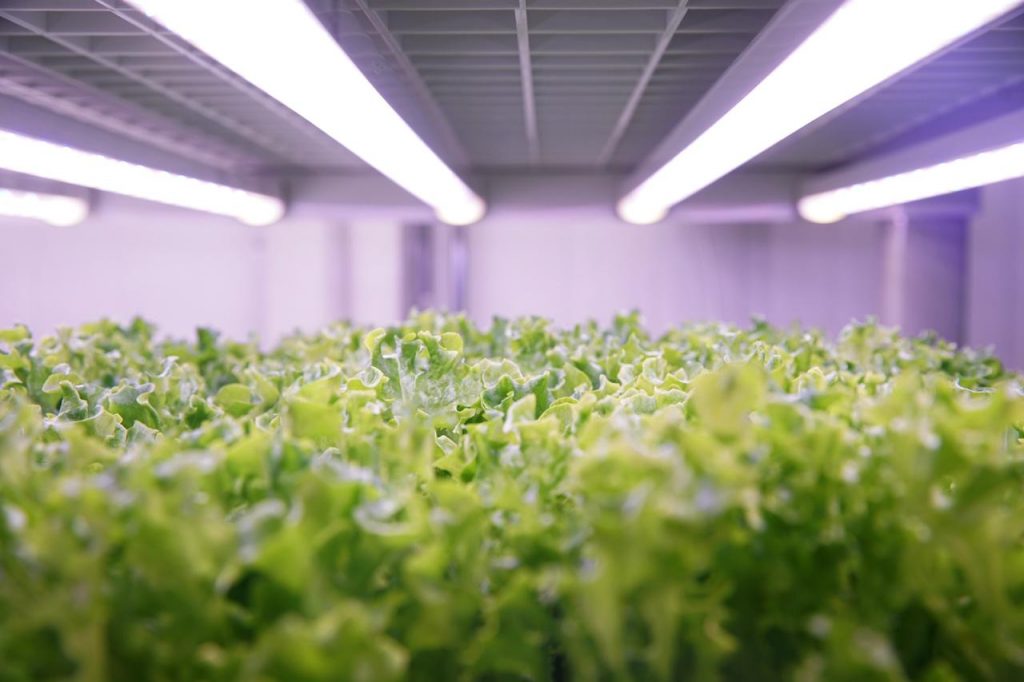 AgroUrbana is exploring three options for solar going forward: either establish a PPA, in which they buy renewable energy from an existing plant; establish a PPA to finance a power plant which will sell to them later; or build their own solar farm. But they acknowledge that the larger the facility, the less feasible it is to have solar onsite. Alongside utilising cheap, readily available solar energy, Pablo is confident that the quality of the product will sell itself and command a price premium that makes the business profitable.

As for the leaf, AgroUrbana has had great reception, especially from high-end restaurants. The ability to control for flavour and appearance is of huge value to these chefs, who will help AgroUrbana’s product break into the mainstream consumer consciousness. Another important part of the value proposition is traceability. By providing transparency in terms of input, they will gain consumers’ trust and an edge on the competition.

AgroUrbana thinks in the future key

Some key assumptions lie underneath this start-up’s jump into the industry: that population will continue to grow, the climate is becoming unmanageable and the need for quality food is there. Perhaps the best selling point AgroUrbana has is their belief in the technology’s ability to address these issues.

Pablo tells me: “To us, we believe [vertical farming] is huge: it has so much to do with so many areas that need to be thought of in different ways: from land use to food, the way we eat, water use, energy use.&quot; Because renewables will be readily available, Chile actually has a head start on other regions, making it the perfect place for vertical farming to flourish.

“Others are going to start looking and that is good but we should be able to know better because we are first movers. Competition is good for everyone, but yes we took the initial risk, and we want to be the go-to.”

To find out more about AgroUrbana, please visit their website here: agrourbana.ag

For more discussions and insight into the world of vertical farming, join us at Urban Future Global Conference in Oslo on May 22-23: https://pretix.eu/associationverticalfarming/urban-future-2019/

City as Facilitator: The Challenge of Urban Agriculture Planning

Welcoming Avisomo to the AVF!