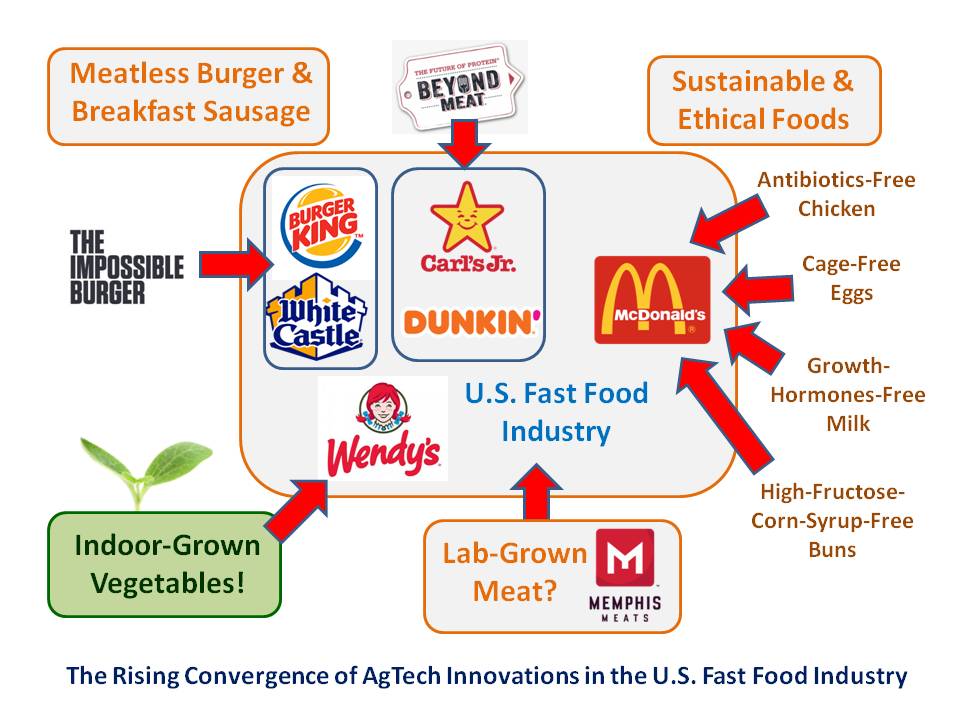 As the vertical farming industry in the United States grows, its market segments correspondingly diversify and widen.

Aerofarms, Gotham Greens and Square Roots, for instance, all deliver their produce to local grocers as well as to Whole Foods Market.

Plenty sells its leafy greens through the online retailer Good Eggs, San Francisco’s Faletti Foods as well as to fine-dining restaurants, including Atelier Crenn and the Michelin-starred Protege in Palo Alto, among others.

New-Jersey-based Greens Do Good, whose entire profits go to helping people with autism through an innovative and socially-responsible business model, delivers the bulk of its produce to a partner golf country club.

Meanwhile, Crop One Holdings has recently and emphatically helped push the market frontiers for vertical farming by forming a joint venture with Dubai’s Emirates Flight Catering to supply 105 airlines and 25 airport lounges at Dubai International Airport with a full array of greens for catering services.

In a parallel industry universe, the U.S. fast food sector is in the midst of experiencing arguably its biggest disruption in decades caused by the tectonic shifts in customers’ preferences and expectations. With customers’ growing demand for healthier, ethical and more environmentally sustainable options, the industry’s major players from McDonald’s to Burger King to Carl’s Jr., among others, have taken notice and are promptly strategizing and responding.

And in direct response to mounting customer discomfort with the health, environmental and ethical costs of meat, Burger King has introduced its vegetarian burger Impossible Whopper using the plant-protein-based meat supplied by Impossible Foods.

Burger King currently sells its Impossible Whopper to 59 restaurants in the St. Louis area, and plans to swiftly make it available in all of its 7,200 locations nationwide.

Carl’s Jr. now also offers a vegetarian burger by the alternative-meat maker Beyond Meat at over a thousand of Carls’ Jr. restaurants, while White Castle has been selling a Slider version of the Impossible burger since last year in its over 380 stores.

Earlier this month, Dunkin’ began serving its meatless Beyond Sausage Breakfast Sandwich in some of its restaurants in New York City with plans to sell it eventually nationwide.

Even KFC is currently exploring adding plant-based fried chicken as part of its standard offerings.

And McDonald’s, while still currently weighing whether to add a meatless burger on its menu in the United States, has now added a vegan burger — called the Big Vegan TS — as part of its permanent offerings in Germany. Nestle sources the meatless burger to McDonald’s restaurants in the country, one of the company’s top five international markets.

For true meat lovers who prefer their burger to be actually animal-derived and non-vegan — but ethical and environmentally sustainable just the same — Memphis Meats is currently at work in perfecting its lab-grown meat constituted from actual beef cells. This innovation is still very much in development, however, that the meat product is not expected to be made available in the market any time soon.

It’s One Small Step for Wendy’s

The rising convergence of AgTech innovations in the U.S. fast food industry — a direct result of the aforementioned customers’ evolving and more enlightened expectations and preferences — certainly received a recent big boost when Wendy’s finally decided to source all of its tomatoes from indoor hydroponic greenhouses located in the U.S. and Canada for all of its 6,000 restaurants in the United States. 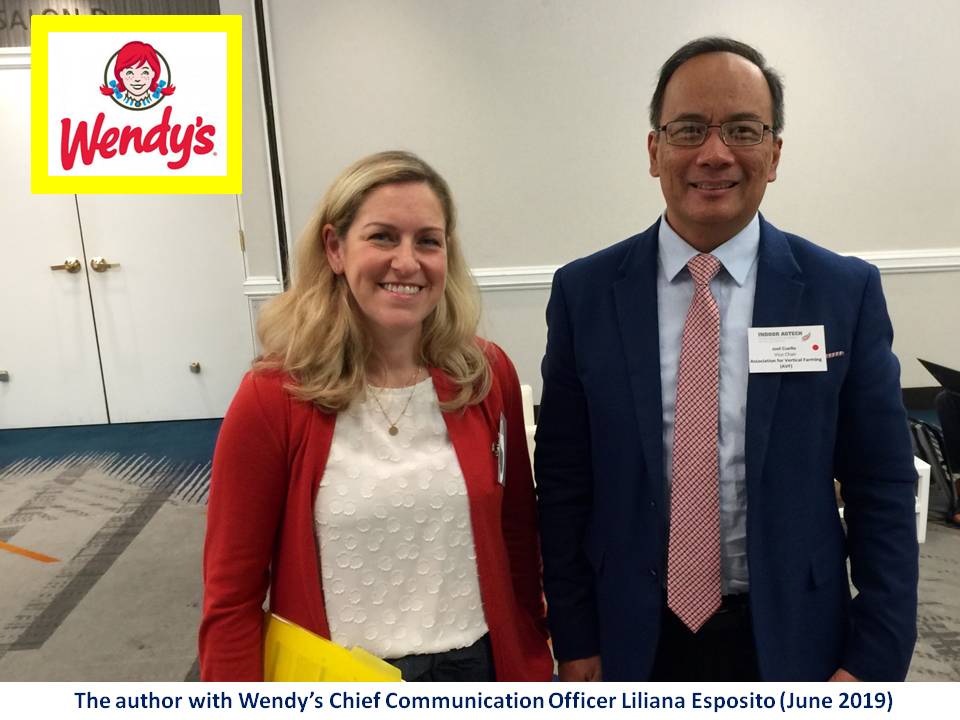 Wendy’s, the second largest burger fast food chain in the U.S., also has plans over time to source its other fresh vegetable ingredients from similar indoor crop production systems.

Could Wendy’s one small step translate into one giant leap for both the U.S. fast food industry and vertical farming industry?

For U.S. vertical farms, partnerships with U.S. fast food would help effectively reduce their price of produce through the expanded economy of scale even as they also help strengthen local jobs creation.

The entry of U.S. vertical farms into the U.S. fast food industry would certainly provide the former a momentous and immense market opportunity that it seeks.

One hopes that the continuing convergence of AgTech innovations in the U.S. fast food industry would help launch both the U.S. fast food and vertical farming industries into a jointly reinvigorated sustainability trajectory for people, planet and profit.

Dr. Joel L. Cuello is Vice Chair of the Association for Vertical Farming (AVF) and Professor of Biosystems Engineering at The University of Arizona. In addition to conducting design and research on vertical farming and cell-based bioreactors, he teaches “Globalization, Sustainability & Innovation” and “Integrated Engineered Solutions in the Food-Water-Energy Nexus”. Email cuelloj@email.arizona.edu.

Per Lysaa, CEO of Norway’s Intravision Group and Committed CityChanger 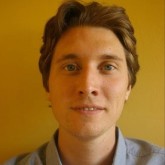