RODI Kenya is one of the newest organisations to join AVF and our first company member from Africa. We met RODI’s CEO and Executive Director Eliud Ngunjiri in Nairobi this past June at the 1st International Conference on Agroecology: Transforming Agriculture & Food Systems in Africa. Mr. Ngunjiri has a background in rural social development, working for the Kenyan government and Oxfam GB, before leaving to start RODI. He sat down with AVF Media to explain how RODI transforms and empowers Kenyan communities with modern agricultural practices.

A People and Resources-Centred Approach to Social Change

Mr. Ngunjiri began by stressing the importance of the organisation’s name: RODI stands for Resources Oriented Development Initiatives. He pointed out how conventional development approaches put undue emphasis on the problems of a community instead of the resources with which they are endowed: “Some aid agencies make matters worse when they say they work with the ‘poorest of the poor,’ a scenario that makes communities want to prove they are the poorest of the poor in order to gain assistance.” Instead RODI uses a resources oriented development approach (RODA) which encourages communities to identify and mobilise local resources- their individual and communal resources and capabilities. RODI has the following target groups:

-Prisoners, ex-prisoners and their home communities

RODI is an NGO with an executive management board and a stakeholders’ forum. Their mission is to promote human dignity among communities in Kenya and other East African Countries through enhanced food security, health and crime prevention. They employ 30 full-time staff, volunteers, interns and students on field attachment that work within five departments of social uplift:

-Youth Empowerment and County and Development

Operations are split between field work- they are active in 15 out of 47 counties in Kenya- and their headquarters in Ruiru, northeast Nairobi. Here they have a full training/conference facility with a vertical garden demonstration area, capable of accommodating 48 people in self contained rooms, dining hall and meeting rooms. 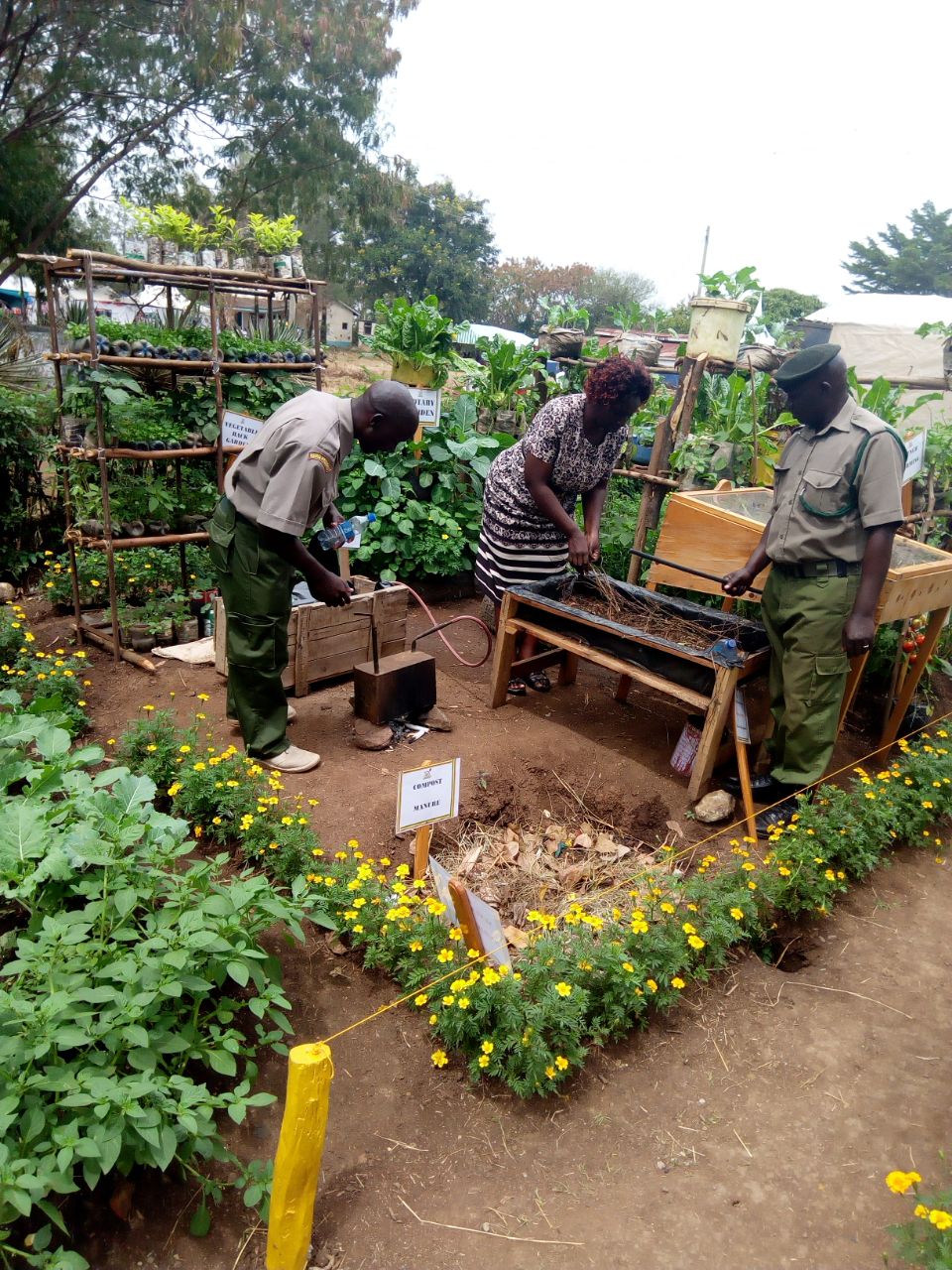 The challenges for food systems and citizens in Kenya

Mr. Ngunjiri drew a clear picture of the systematic pressures facing the people of Kenya and their food production systems. He broke it down into three categories:

While their contribution to global warming is comparatively small, the impact of climate change on Kenya is of serious concern. As weather patterns become less predictable, there is a vital need for mitigation and adaptation to climate change as well as disaster risk reduction. RODI is working to improve the adaptability and resilience of food production systems in rural and urban areas, starting from the community level.

Agriculture is very closely related to the shifting dynamics of poverty in Kenya. According to the FAO, “the sector employs more than 40 per cent of the total population and more than 70 per cent of Kenya’s rural people.” But three-quarters of Kenya’s land is arid/semi-arid and unsuitable for rain-fed crop production. It is thought that as much as 36.5% of Kenya’s population is food insecure.

This land scarcity/food security equation is further impacted by the global phenomenon of rural-urban migration. Rural individuals move to the city in search of greater earnings, but employment is not readily available, so they end up in slums with very few amenities.

Furthermore, Kenya is a net importer of all staple foods. They simply can’t produce enough food for their growing population which leads to an overuse of chemicals pesticides and fertilisers. The soil pH in what little arable land there is has rapidly turned from alkaline to acidic and the soil quality is degrading by the day. RODI uses its training facility and field work to show that urban agriculture solutions can be used to enhance food security in slums while also allowing the soil to regenerate for future use.

Nairobi’s sewage and industrial effluent are channelled into the rivers; this sewage is then used to irrigate crops, and carcinogenic Round-Up is sprayed indiscriminately as herbicide to control weeds. Producers rarely wait the required time for pesticide detox meaning that urban markets are inundated with unhealthy produce. The country has recently experienced an outbreak of cancer so great that the citizens are pushing the government to declare it a national disaster.

The struggle for organic fertilisers and pest control

Mr. Ngunjiri identified the lack of organic inputs as a major problem: organic fertilisers and pest control methods must be imported and are therefore expensive and rarely used. This year, according to the minister for agriculture, the government is only able to supply about 40% of the country’s demand for cheap, synthetic fertilisers. Under RODI Enterprises, the company produces bio-fertilisers and pesticides that are readily available and affordable for both rural and urban agriculture producers. They want to scale this up by building dedicated organic fertiliser factories that will allow the country to transition to healthier, more sustainable methods of intensive crop production. RODI is looking for potential investors help make this endeavour a reality. 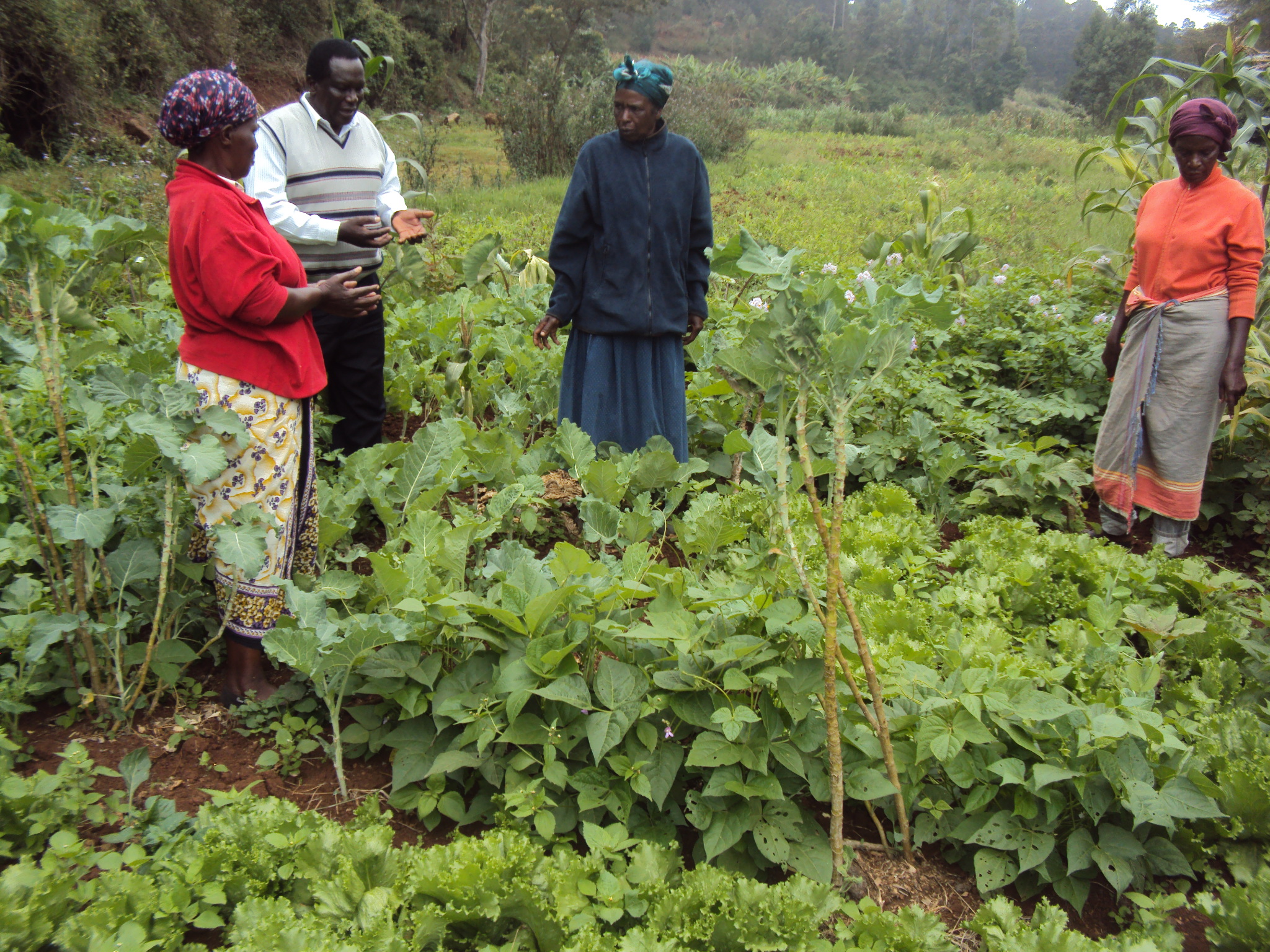 RODI has a portfolio of projects that prove their leadership in transforming food systems and empowering its fellow citizens. By focusing on their target groups, they have implemented the following five projects:

1. Coffee Production with Inmates
RODI goes into prisons and instructs inmates on improved coffee management and upgrading to control coffee berry diseases, including crop selection and rotation, and improving resilience through organic pest management. RODI follows up with the individuals once they leave prison and helps with their re-integration into society and entering the market as smallholder coffee producers. Under RODI Enterprises RODI would like to establish a plant for organic coffee.

2. Tea Production with Migrant Tea Pickers/Workers
Many of Kenya’s tea pickers are migrants who come from neighbouring counties and countries such as Uganda. RODI works to improve living standards among tea pickers through their Programme for Enhancing Livelihoods in Tea Growing Areas.

3. Training Centre in Ruiru, 25km from Nairobi
The training centre is a work in progress but it already includes a dining hall, meeting rooms, vertical gardens and accommodation for 48 people.

5. Moringa Tree Planting in Rural Areas
The Moringa is a tree that does well in arid and semi-arid lands and poor soils. It provides fodder for livestock and the young bean pods are suitable for human consumption. This agroforestry initiative is seen as a vital element of food security in arid lands.

It is with the Vertical Farming Institute idea in mind that Mr. Ngunjiri comes to the AVF. He wants to develop the centre on 11 acres of land on the slopes of Mt. Kenya. He will use his expertise, connections and land access to recruit interest from: corporations who want to devote their Corporate Social Responsibility (CSR) resources to promote vertical farming in Africa; as well as universities, hotels and hospitals who want to use the technologies for research, food production and medicinal applications.

The VFI will focus on strategies with direct application to the communities most in need, especially the densely-populated slums which lack amenities and access to healthy food. These models include: the Pyramid (see photos below), a 1m2 vertical garden which uses recycled dam liners; green walls and hanging gardens; and strategically potted plants and climbing plants.

With the VFI, RODI will focus on its target groups of prisoners, ex-prisoners and their home communities, students and youth, and community groups.  They will support and teach these individuals to become peer educators and community trainers to create a sustainable system of urban agriculture development. 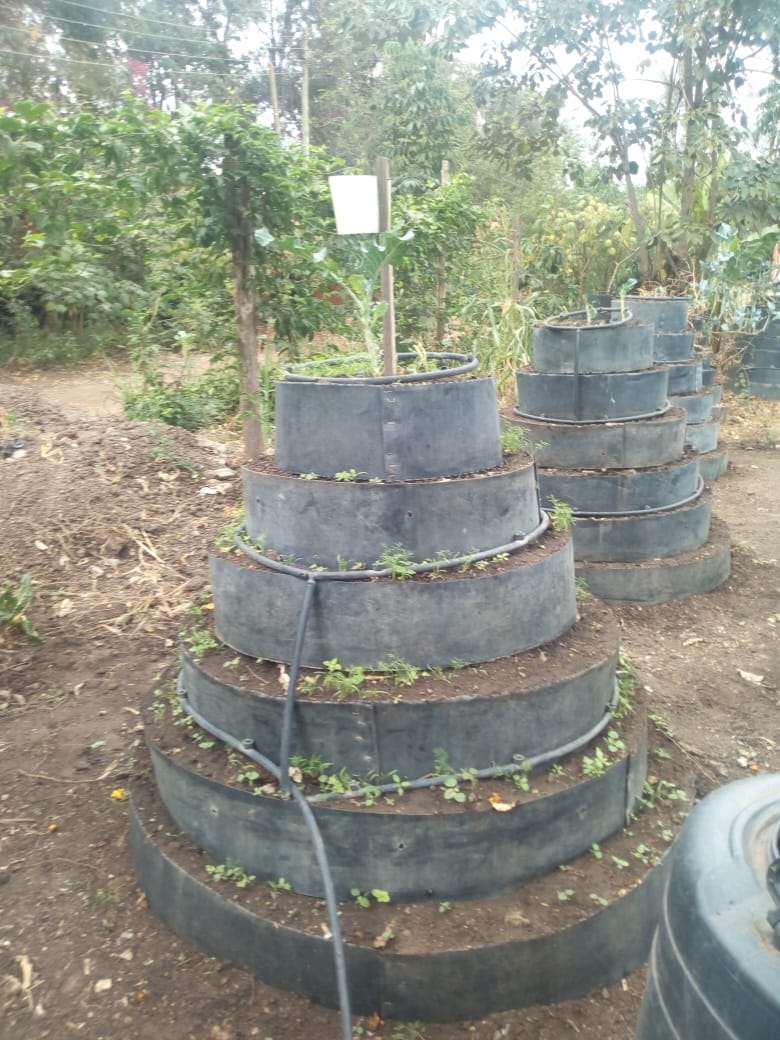 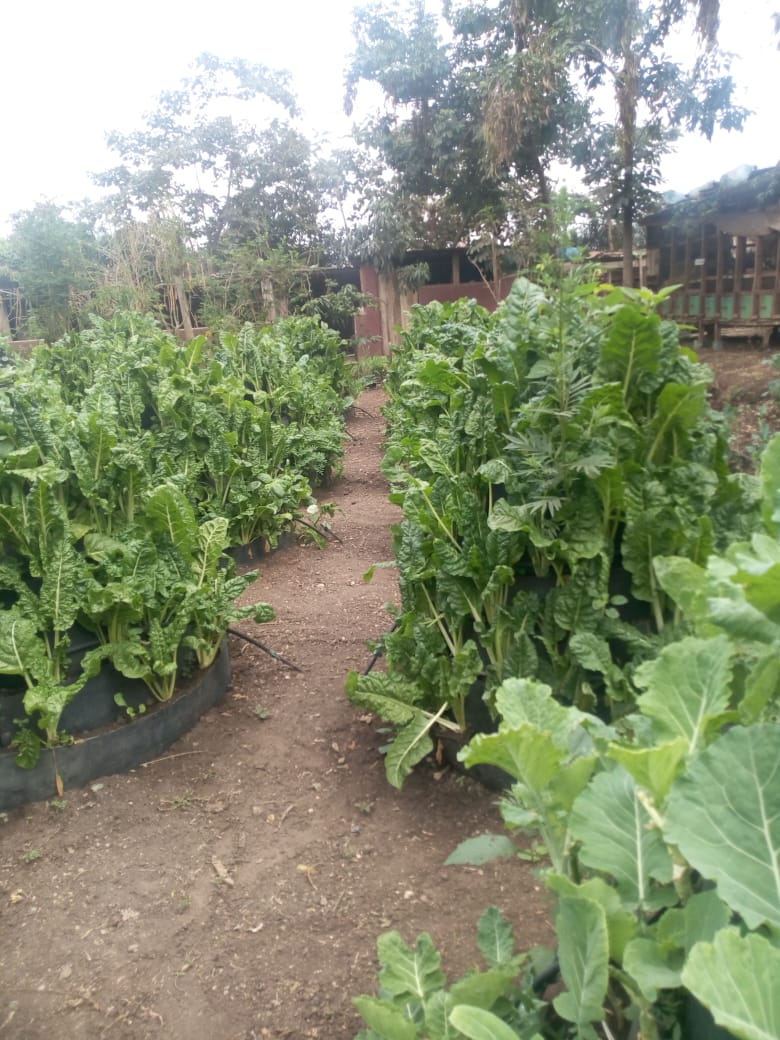 Getting in touch with RODI Kenya

RODI is eager to partner with international experts in the field of vertical farming. Mr. Ngunjiri’s goal in joining the AVF is transactional: he wants RODI to build awareness of Kenya’s agriculture in the AVF network; he also wants to bring awareness of vertical farming to Kenyans. He believes that both parties can benefit from joint projects, and that each will help the other to campaign, advocate and lobby for vertical farming in their respective locations.

Find out more about RODI Kenya by visiting their website: https://www.rodikenya.org/