Traditional farming systems and vertical farming technology share a dependency on agribusiness and the goal of working towards rapid technological advancements to maximize the efficiency and the yield of the growing process. To provide food sustainably, we must consider all factors of sustainability collectively. This includes environmental, social and economic factors.

The vast multitude of problems associated with traditional farming practices are well known. To feed the world’s rapidly growing population and consumer demand, farming and agribusiness have turned to innovative production and management technology, which often focuses intensely on specific parts of the system such as yield, size and harvesting speed.

While this focus is a great way to optimize a predictable, mechanical system, the same approach is not so appropriate in the context of a natural system, like a traditional farm, which is intrinsically linked to, embedded in and reliant upon the much bigger natural system.

Unlike traditional farms, vertical farms are much more self-contained and not quite so directly linked to the rest of the natural world system. Vertical Farming technology offers highly promising opportunities that complement the agricultural system and the necessary aim to simultaneously reduce the environmental impact of and increase food production.

Forcing the Land to Produce More

The environmental impact of traditional agriculture is becoming an increasingly pressing issue especially as its link to global climate change is beginning to be appreciated.

Traditional agriculture is the world’s largest non-point source of water pollutants from excessive chemical fertilizer and pesticide use and run-off from farms. These chemicals are commonly found in groundwater beneath agricultural areas, and they are widespread in surface waters. This is bad news for our drinking water supplies and our aquatic ecosystems downstream in rivers lakes and oceans. Chemical fertilizers wreak havoc in these water bodies by facilitating eutrophication, which describes an overgrowth of algae due to the excess of nutrients that can ultimately result in a ‘dead zone’ devoid of life once algal decay rapidly removes the oxygen from the water. 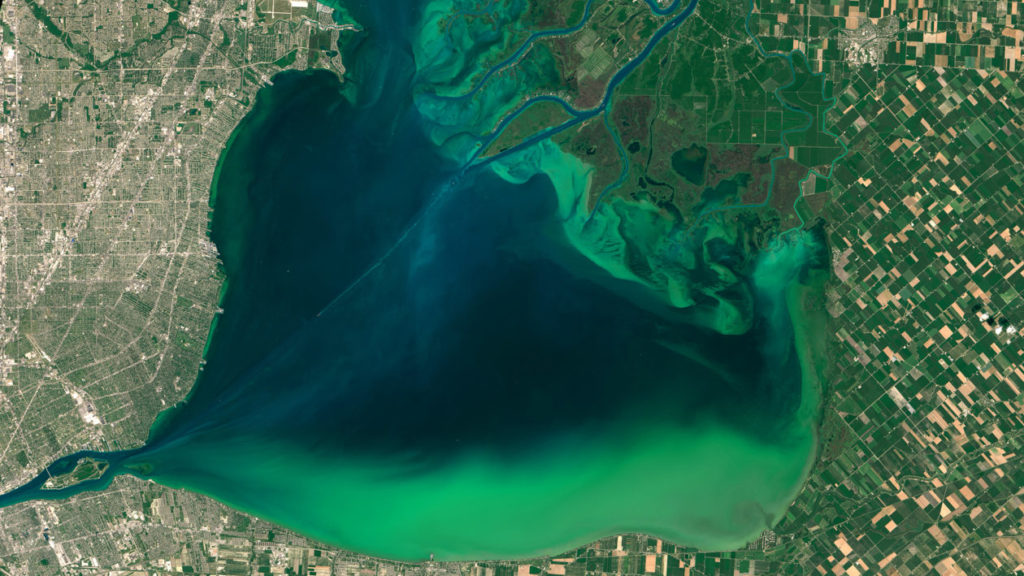 Awareness of problems caused by pesticide overuse is increasing, especially as it is a rather problematic and dead-end solution; pesticide/herbicide resistance due to mutations among the genes of the pests being targeted also occurs with overuse which leads to a cycle wherein more and more pests develop resistance to these toxins. Moreover, pesticides also harm beneficial species including, critically, the pollinator species vital for the continuation of our global ecosystems.

When traditional farms rely on irrigation, water depletion, especially in arid areas, so often occurs as ground and surface water sources are mismanaged and overused. However, even when water sources are managed properly, water traveling over the soil will still result in erosion and displacement of the topsoil. The impact is low if the soil remains in the field but, when it is widely displaced, it can no longer be used for the intended crop and it can also clog drainage systems and streams, disturbing downstream water bodies and once again harming aquatic life.

On a global scale, the natural capital of soil has continued to decline as a result of traditional agricultural practices. Plowing and clearing the land to grow crops accelerates this process as it exposes the topsoil by removing its natural protective vegetative cover and exposing it to erosive forces, especially wind and water. Once the soil is lost, it cannot be recovered. Furthermore, small pores in the soil responsible for water uptake are destroyed during plowing and tilling processes, resulting in compaction. This creates a less hospitable growing environment for crops and the naturally co-occurring organisms vital for the stability and function of the whole ecosystem including bacteria, fungi, worms and insects. The reduced holding capacity for water also means farmers must irrigate even more.

There are other curious reasons why the world needs to reconsider its over-reliance on plowing and tilling in agriculture. A growing body of evidence indicates the importance of soil for carbon sequestration. Soils that are left undisturbed contain fungi and deep plant roots which slowly remove atmospheric CO2. In agriculturally degraded soil, greater carbon capture and storage rates are associated with higher plant diversity, greater aboveground production and greater root biomass.

Operating in an enclosed environment like a vertical farm means we can use electricity to work with the plants and provide the optimal parameters for plant growth, including space optimization by building stacks vertically. This removes the need for the chemicals as well as (thanks to hydroponics, aeroponics and aquaponics) excessive water use and reliance on soil our ever-degrading agricultural soils.

The result is a high yield of safe and fresh produce with less CO2 emissions, and an opportunity to close the gap between the source and the consumer. This reduces the need for importation and addresses concerns related to “food miles” and greenhouse gas emissions from long-distance transport.

Organifarms, a company based in Germany building robot systems for the automation of vertical farming and new AVF member, told us:

“If you want to buy local foods and organic, sometimes it’s not possible. So, for example, if you want to buy [organic] potatoes, they may have been imported from Egypt where they use crazy amounts of water to cultivate them, and then they are transported…So you have to choose and you get these trade-offs.”

“Vertical farming just has so many possibilities to save resources, you just need a tiny amount of water and a tiny amount of fertilizer and no pesticides….you reduce all those transport costs because you can produce locally and all year round.”

More about Organifarms and their innovative sustainable food system is upcoming in the next blog.

Of course, Vertical Farming technology is in its infancy and it uses more energy than greenhouses. This is largely related to their dependency on artificial lighting, and this is motivating the improvement of LED efficiency. That said, the energy in vertical farms is not wasted as they produce higher yields with more consistency and better quality in comparison to greenhouses. Vertical Farming technology opens many exciting doors, and innovators continue to strive to optimize and maximize the efficiency of the indoor growing processes to overcome the extensive energy demands of vertical farms.

Notes From The Skyberries Conference